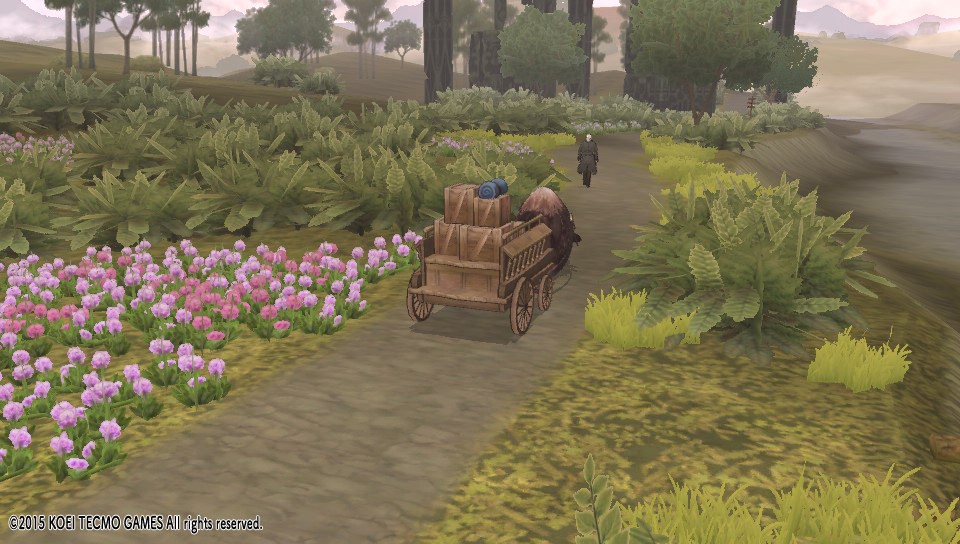 The longstanding Atelier series is one that has ended up near and dear to my heart. The broad strokes are overarching - you're probably going to synthesize some bombs and bop some monsters for profit - but the series changes up its ways a lot from subseries to subseries, and lately from within title to title. You could liken this kind of evolution to a less drastic version of Final Fantasy. While FF may put out a game you love and game you hate next to each other, if you enjoy the general flow of Atelier you're going to have a good time with most of the titles, but it's different enough to have an unique identity and be exciting to dive into each time. 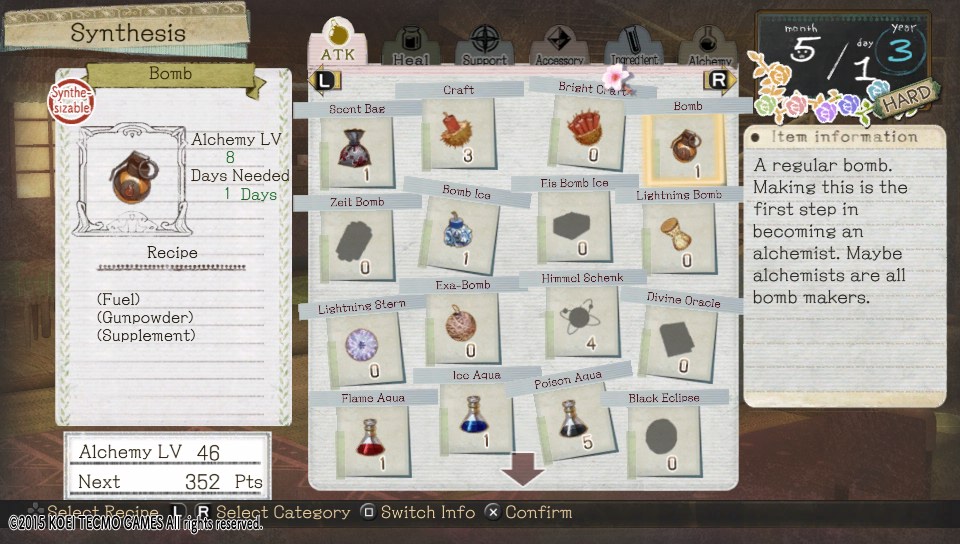 Atelier Ayesha is the first title of the Dusk trilogy, which is more somber in tone and higher degree of plot involvement than the usual Atelier. The setting is a notable strength of Ayesha - fading lands full of flowers accompanied by Gust Sound Team's masterful soundtrack can at their most evocative bring up emotional contemplative imagery similar to the likes of Yokohama Kaidashi Kikou. Ayesha's journey to find her spirited away sister is punctuated by the diary of memories of encounters she keeps, which lends a personal feel to the progression. It is truly a joy to meet people and discover places with Ayesha.

The basic gameplay systems at play are alchemy and turn-based combat, which feel rather inconvenient and clumsy at times - you're constantly strapped for resources and scrapping for ways to make yourself more capable, while the enemies rarely offer an appropriate challenge. While fitting to the thematics and mood of the game, it's not the most fun implementation of either system and didn't inspire me to meet the formidable optional challenges lurking in more remote areas of the regions. 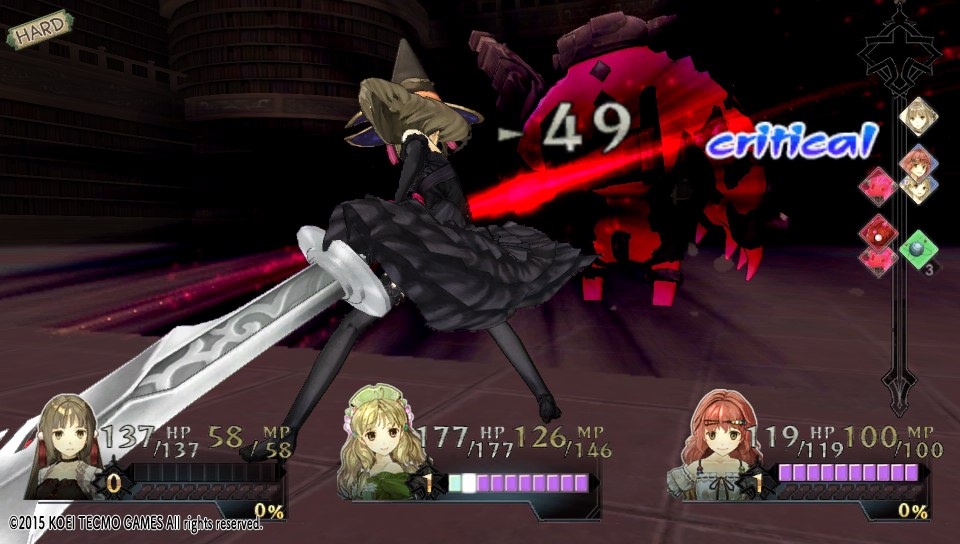 Atelier Ayesha Plus on the Vita is the definitive version of the game, baking in all the DLC of the PS3 version and adding in a Hard mode, gameplay balancing, additional objectives & QoL features, extra fashion and dual audio.

While Atelier Ayesha is a clumsy game in some ways, a trait shared by many Atelier subseries openers, it is absolutely bursting with heart and a recommended experience.