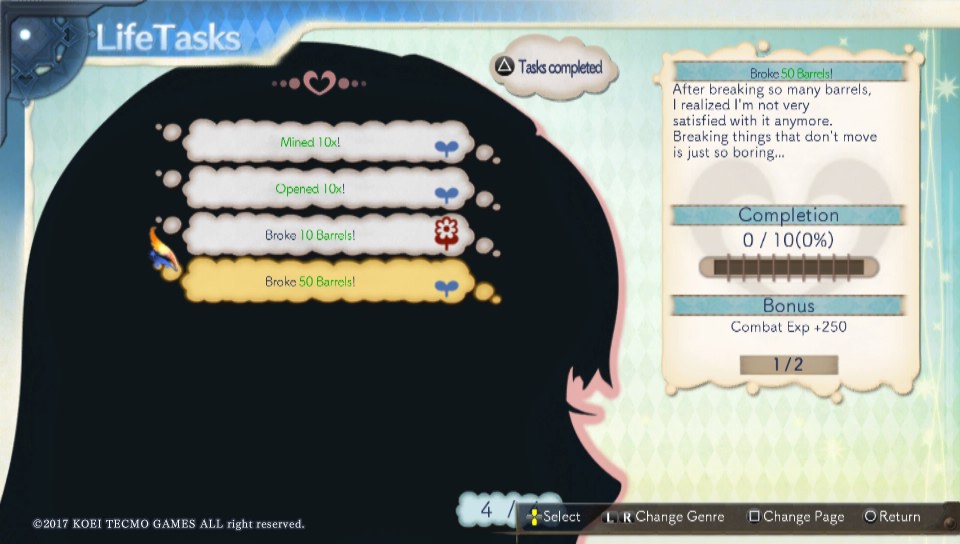 Atelier Shallie is the third and final game in the Dusk subseries of Atelier games, capping the most story-focused and somber of the trilogies. It is also wildly divergent from the previous titles in most aspects, allowing for an unique experience - but one that loses a lot of meaning without the build of Ayesha and Escha & Logy, so I would recommend playing those first.

Atelier Shallie's main characters are two girls named Shallistera and Shallotte, both called Shallie. Their chance meeting soon transforms into an interconnected journey to find the source of Dusk, and the first thing you do in the game after their invidual prologues is choose which is your main/viewpoint character. Plotwise the changes mostly amount to the earlygame and some character scenes - and the fact you need to clear both routes to see the "true" epilogue. 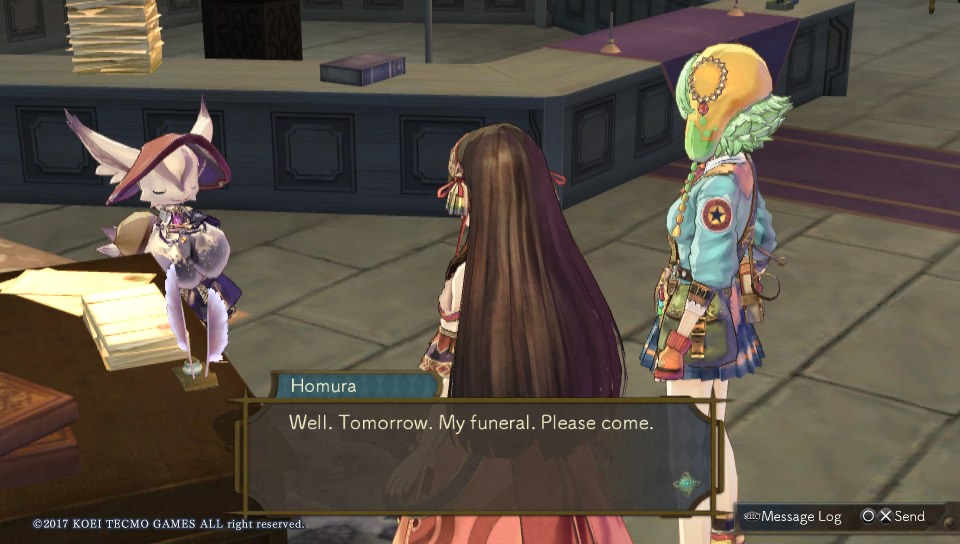 Gust's music team also gets a workout from this arrangement, as both Shallies have their own workshop and evolving(!) battle themes - there are three arrangements of each character's outstanding battle theme as you progress through the game. There is a large amount of memorable music in general to enhance the setting - from the bright tunes encountered within hub city Stellard's relative opulence to the variations of the motif that repeats throughout the Dusk-ravaged outside lands, to the bombastic melodies of the game's turning points and a large amount of vocal tracks. The sound team truly went all out here.

In the gameplay Shallie is a dramatic departure from previous titles, as the series backbone of calendar and time limit is gone. In its places is a linear story structure with freeform interlude moments that have you complete a bunch of life tasks to advance to the next chapter - these bits essentially guide you into dabbling into alchemy, exploration and combat on your own. The battle system, interestingly enough, could be called Mana Khemia 3 - from the support attack/defense system to the burst gauge to even a (much less tedious) grow book analogue later in the game, it is clear that the developers felt they wanted to reiterate on the systems left behind in the MK subseries. In practice battles play out as an exercise in burst management - the team is so much absurdly stronger in burst that you want to maintain it as long as possible and minimize the amount of shields down moments for your opposition to take advantage of. It plays out well enough to be fun and engaging, especially in the game's boss battles - of which there are only three mandatory ones, but each one is a momentous occasion and fight. There are plenty of optional challenges to take on for the bloodthirsty players, especially in the endgame.

The alchemy fares somewhat less well and I would personally consider it the weak point of the game. The system in play involves placing effect cards in item slots, which in theory sounds fine but in practice these abilities are dripfed to the player through alchemy levels very slowly, so at first you cannot influence much of anything, and as the system blooms it frankly just gets confusing to work with, as for many abilities the order the items and cards are placed in has a large effect on the results. Character skillsets in combat are so well-rounded that I was tempted to get by with minimal item work mostly focusing on equipment, especially considering the repeat use of items in battle has heavily diminishing returns on Hard and above. The item use restock system from Escha & Logy makes a welcome return however, so if you do make good items you are free to use them without reservations. 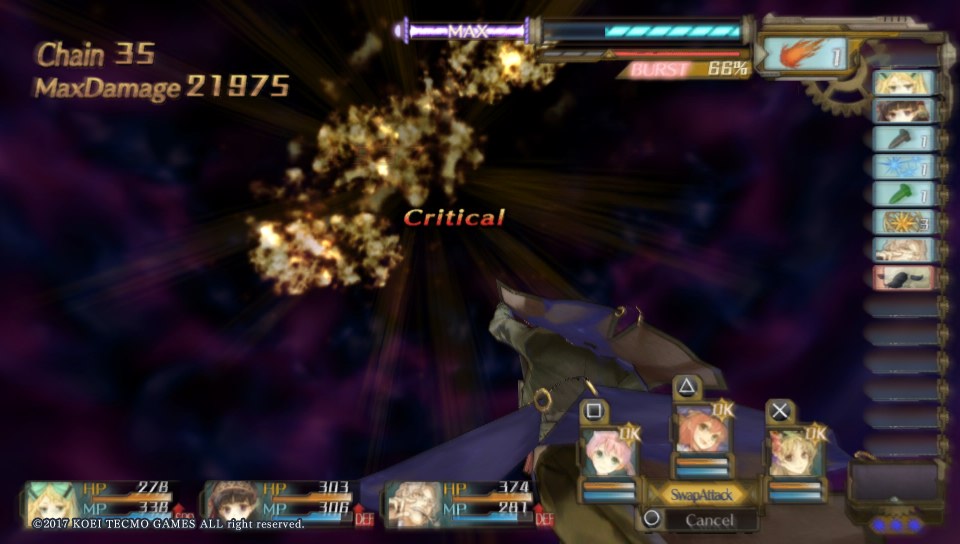 As of this writing Atelier Shallie Plus is the only version of the game I would recommend, as the additions drastically enhance the game. (But Atelier Dusk Trilogy DX was just announced, so please look forward to it...) The original Shallie was clearly released unfinished, missing a lot of essential plot and characters. These are so well integrated into the game that I was shocked to discover certain playable characters originally didn't appear in the game at all.

The cast of characters, from returnees of the previous Dusk games to the all new ones, are an absolute delight to witness interacting with each other. Delightful sums up the game in general - despite the rough edges present in most any Atelier title, Shallie is a memorable end to a journey through possibly the greatest Atelier subseries to date. Highly recommended - but do start with Ayesha.