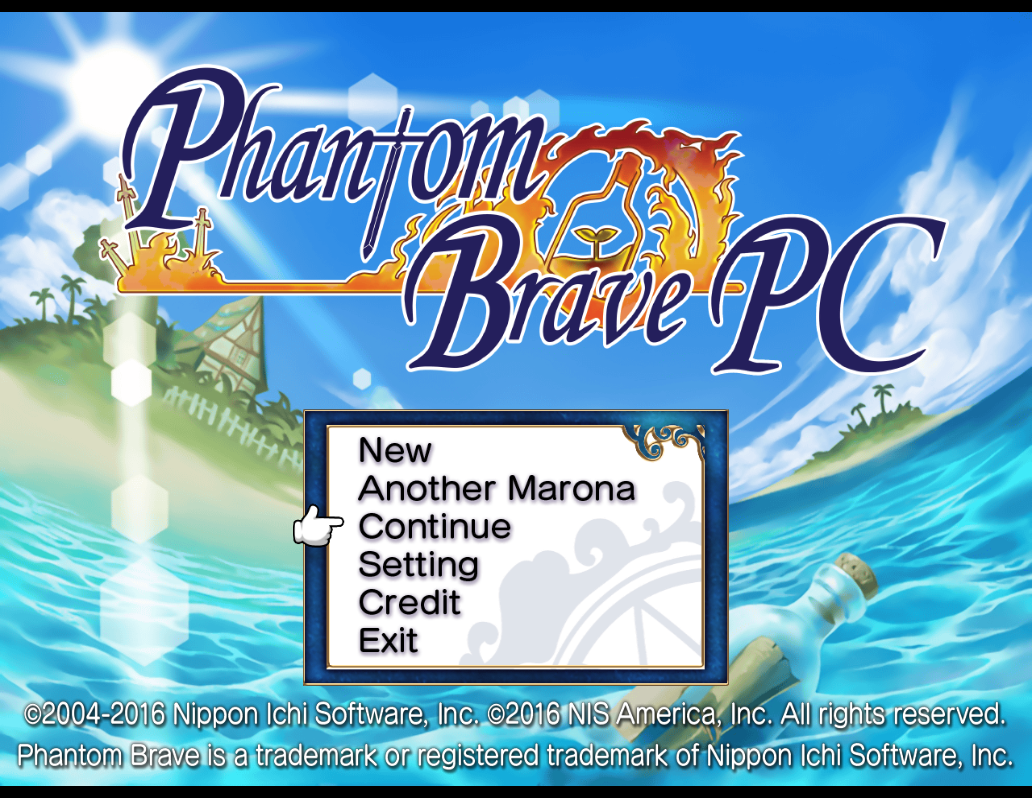 The Playstation 2 era was Nippon Ichi Software's golden age in terms of creative output. Bolstered by the unpredecented worldwide overnight success of Disgaea, the company would put out several experimental titles that - while still in the seemingly familiar space of sprite-based, number crunching tactics games - were artistic departures into the undiscovered, both thematically and mechanically.

The first of these was Phantom Brave. Coming out in 2004, it enticed players not only with the track record of the company, but also lush and vibrant colors plastered all over the promotional materials and the promise of breaking away from the typical square and hex grids of the tactics genre. 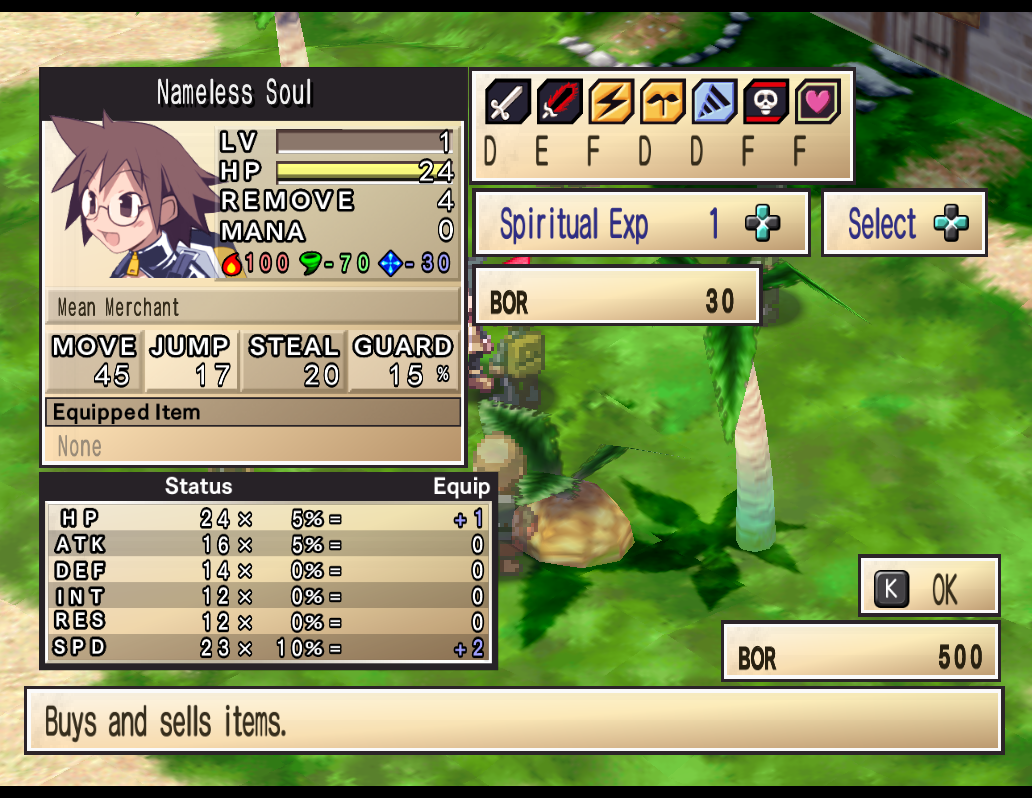 The story and setting is perhaps Phantom Brave's strongest feature. Each of the islands of Ivoire pops with its distinct colors, combining with the character art to create a world that is a treat to look at. (The sprites, especially now, fare a little less well, though that is overlookable.) The story follows Marona, a young phantom summoner, living on a lonely island with her ghost guardian Ash, making ends meet by doing ghostbusting. Between distrustful clients and unscrupulous rival contractors, the tale of her daily grind is often not the most uplifting - but the places the plot goes are truly memorable and the cast of characters has stuck with me for a very long time. Complementing everything is Tenpei Sato's strongest work as a soundtrack, with recognizable style but displaying a range that adds to every scene.

The gameplay consists of SRPG style battles with a free movement system - movement and targeting is radial rather than tile- or hex-based. Marona is the star here, being the only living combatant on the player's side - she must confine souls to battlefield objects to bring in allies. Each phantom has a limited amount of turns they can stay in the physical world at a time - while thematic, there isn't enough done with this limitation to make it much more than something to hamstring your plans. There are a few entry/exit effects, and leaving phantoms will attempt to bring the object they were confined in back to home island, but it doesn't play out as well as it could.

Between battling, Marona's home island serves as a delightful hub area. Here she can make contracts with new types of phantoms in exchange for money (even ghosts gotta have their cash, I guess), sort through the various objects to be brough as makeshift weapons into battle, and use functions such as titling phantoms, fusion and dungeon creation. The phantom and weapon variety is a fun part of the game where the team let their creativity loose. Even better, with fusion you can affix skills from a type of object to another type of object, potentially creating truly amazing battle animations. The downside here is that playing with the systems costs way too much in terms of resources - making phantoms and skills easier to unlock and transfer would have done wonders to the gameplay's depth and fun factor. 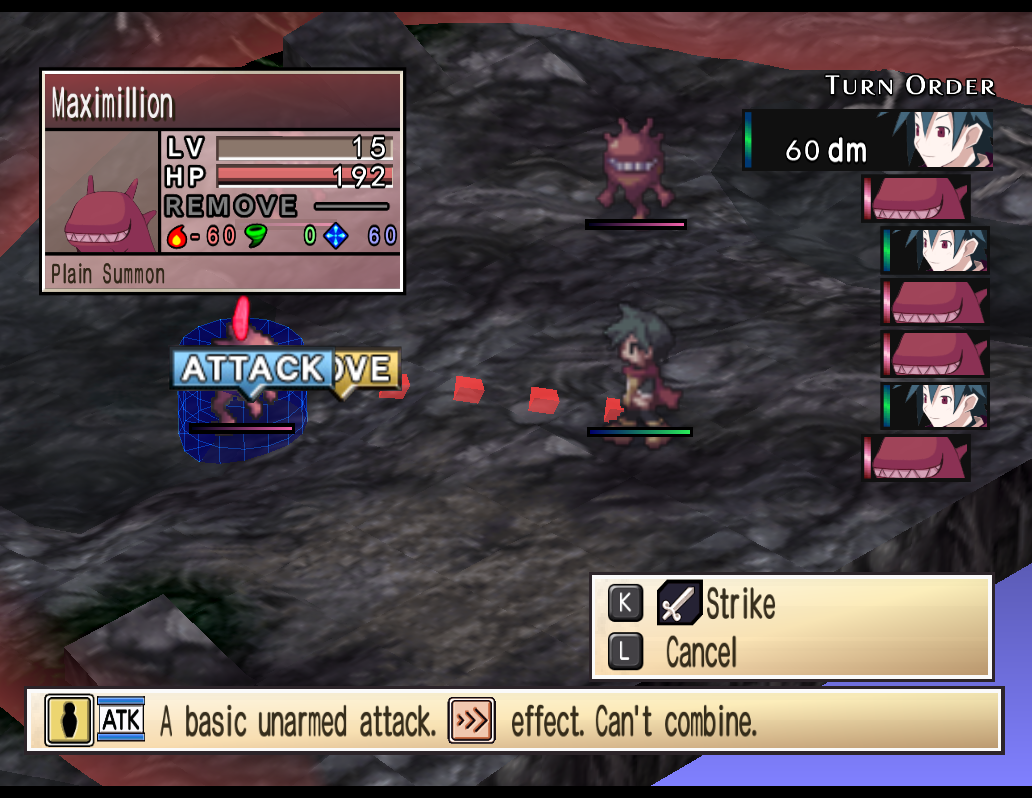 The best currently available version of the game is Phantom Brave PC, featuring an assortment of graphical options and the somewhat superfluous secondary campaign Another Marona. It also comes with a beautiful digital artbook showcasing the concept art of the world of Ivoire.

Overall, Phantom Brave is a wonderful experiment with plenty of heart behind it. The gameplay systems aren't always perfectly implemented, but they are never so cumbersome as to get in the way and the world itself is so inviting it is hard to not recommend the game. It is certainly one I think of fondly.