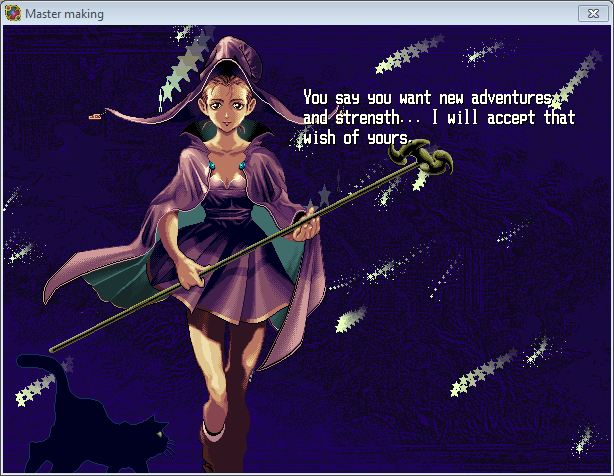 Get the game here, it's free! Check out the adorable online manual and lore while you're at it.

Vantage Master Online is the translated into English freeware edition of Falcom's 1998 tactical game Vantage Master V2, Online denoting the ability to battle a human opponent through an internet connection. In addition to its cover feature, VMO boasts two single player campaigns and a fully customizable free battle mode against a capable AI.

A match of Vantage Master takes place as a duel between summoners (Masters) on a tactical RPG hex grid map. The objective is simple - reduce the opposing Master's HP to 0. The main tool at your disposal is the ability to summon Natials, monster-like creatures that will get their own turns and actions. Both summoning and the mere continued existence of a Natial will tax your MP - a resource that is replenished in accordance to the amount of magic stones you control. As such, taking over and protecting these hexes is of vital importance. The victor is decided through territorial control and counterplaying the opposing forces with advantageous Natial matchups - and sometimes with a daring assassination if your opponent spreads out too far for their own good. The gameflow could be compared to classic abstract boardgames, though much more approachable. 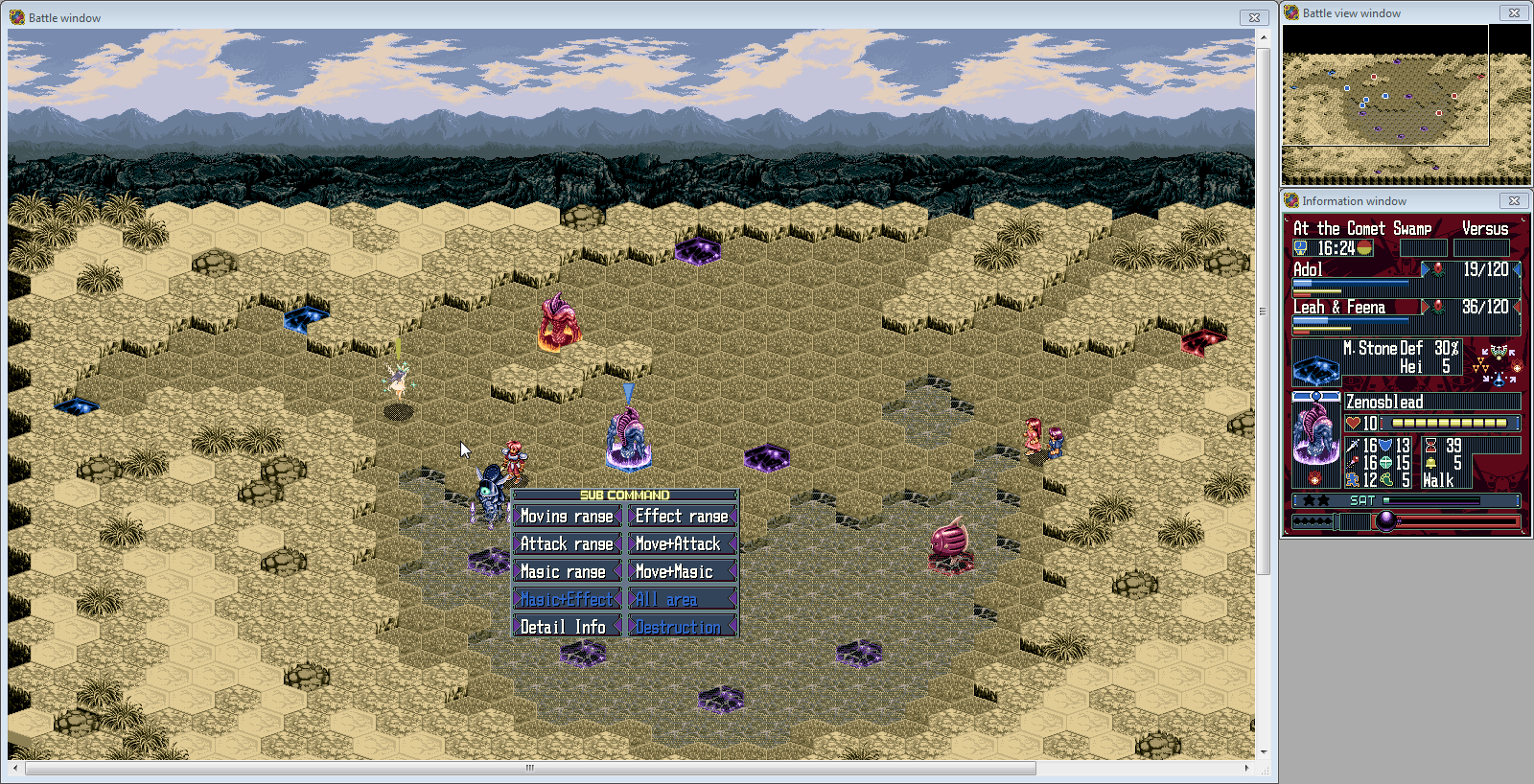 There is zero random element, so what makes this kind of thing interesting game in and game out is the amount of different decision points to make. And are there ever! Starting from the 27 different Master classes, each with their own stat spread. Stats being attack power (yes, you can directly bonk the opponent, or throw stuff - this is of situational use depending on your Master) to defenses, Intelligence governing not only direct spellcasting but also the amount of MP regen gained from magic stones, speed and movement. In a match, the gameflow is clocktick-based in the style of FFT, with each tick representing an ingame minute, and any action besides waiting tacking on more time until the unit's next turn.

A Master with a full arsenal is capable of summoning 24 different Natials, 6 each in 4 elements (which have a circular relationship of strength and weakness). The Natials are the star of the game and wildly divergent from each other - a sturdy golem, flying petrifying eye, healer mermaid, ice spitting fish, fiery archer, explosive demon, fast pixie, cloud-riding stormcaster and much more all have different use cases. A fully loaded Master can also cast magic to directly heal, petrify, defreeze, damage or change the water level - yes, terrain (and facing) matters. Natials can gain experience and level up if you keep them healed, though the upkeep cost means having them contribute nothing is a net loss so the game doesn't turn too turtly. Some of them even have a preferred time of day/night that makes them stronger and vice versa! It sounds like a lot, but the ingenious move of tying the unit turns to clockticks means you only ever have one unit's turn to deal with at a time so it doesn't get overwhelming.

And, well, that's still a lot. The single player campaign makes sure you naturally get accustomed to all this though. After answering a few personality test questions, you get given a class of Master and 4 Natials. As you play on campaign maps against opposing Masters (with the same arsenal as yours), after each one you gain a new Natial or Spell, introducing you to new mechanics one at a time. This, and the Master level up gained with the new skill also adds another dimension to the game - the levels and skillset changes affect your tactics in a transformative way through the campaign, as formerly mainstay Natials might become role players as you are able to cast more expensive things and your Master becomes sturdier in their own right. And tactics are needed, since the AI is quite capable. If regardless you manage to survive through the 27 stages of campaign, the 8 stage Expert campaign awaits to give you a true challenge. The occasional interlude segment slipped through localisation though, so the bits of story don't really come across.

In Free Battles, it is by no means necessary to use a full arsenal of Natials - you can customize master levels and skill availabiliy freely on the map choice screen to gain access to a truly staggering amount of gameplay variation. You are even able to create a customized class of sorts by directly tinkering with Master stat values if you so choose. 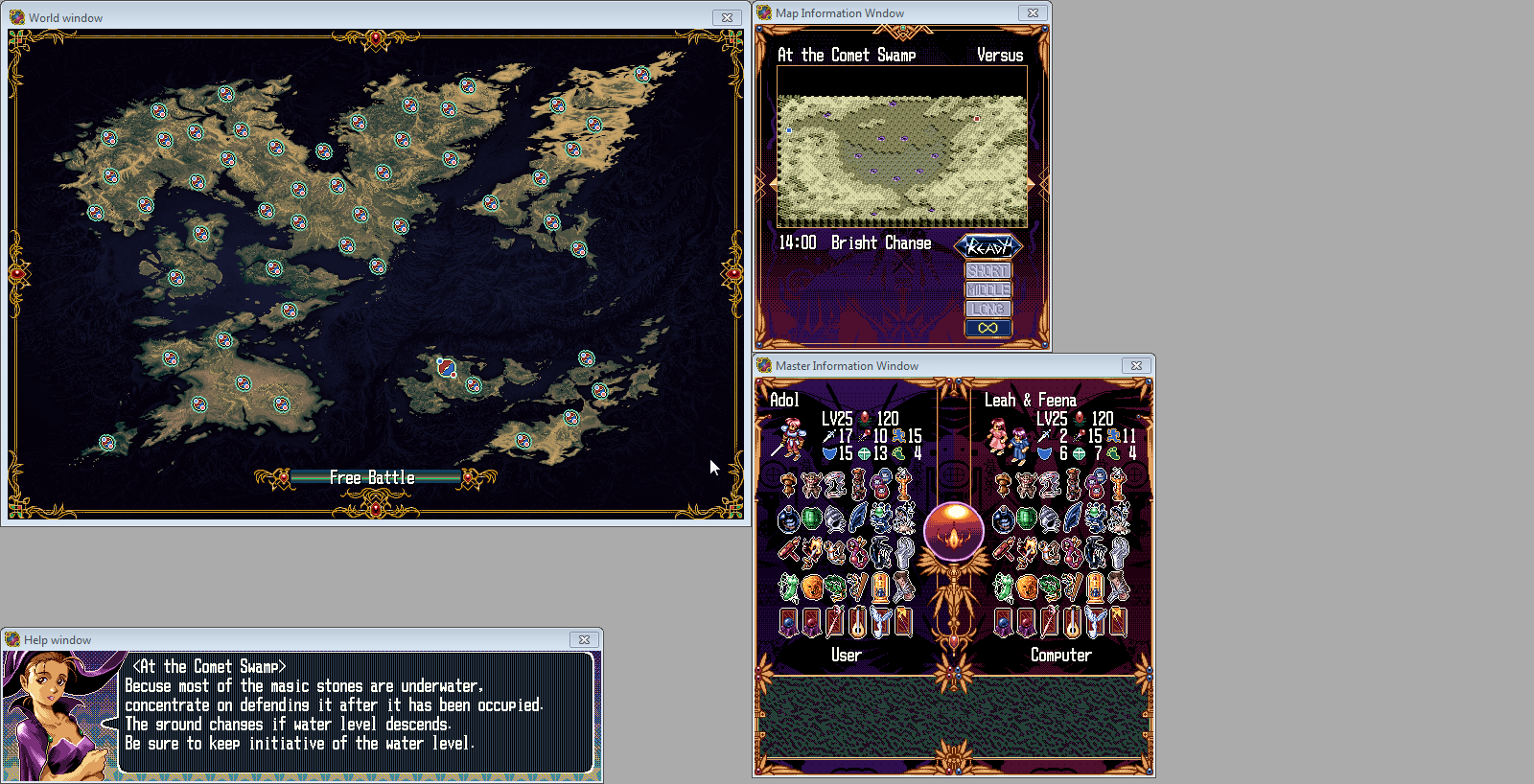 The game received a port in the form of Vantage Master Portable in Japan, featuring all new visuals, campaigns, maps, classes based on Trails in the Sky and some really nice QoL features including an easier to check turn order list. I can't recommend it as a starting point due to the boneheaded decision to base it on Vantage Master V1, though. V2, which Online is based on, is a notable balance update for Natials and in V1 a couple of them are way too centralizing.

Despite its extremely Windows 95 interface and lack of easily accessable CD audio (tick MIDI on in the options, though - the soundtrack is still quite nice in that form), Vantage Master Online is a truly remarkable game, with easy to grasp gameflow, colorful maps and units, and enough tactical depth to rival classic abstracts. And it's freeware! Anyone with a passing interest in tactics should give it a shot.