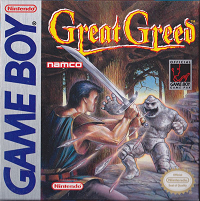 First entry on this ever prestigious list is, of course, the 1992 Gameboy classic Great Greed. Great Greed is a simple, absurdist Dragon Quest-like that beneath that easily dismissable surface has memorable elements such as a proto-isekai plot featuring pollution, snappy localized dialogue and a world where gay marriage is just a thing you can do without being played up for much of anything, in a 1992 budget Gameboy game.

But this entry isn't really about Great Greed. This entry is for the hundreds, perhaps thousands of obscure games that have a little extra bit of soul underneath their cover art or name in a rom list, to be encountered and cherished by those who happen to witness them.

Perhaps there isn't such a great gap in our values after all.

99. Nelke and the Legendary Alchemists ~Ateliers of the New World~ 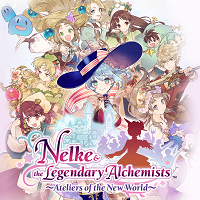 A game genre I have great fondness for is the fandisc. And what could be better than a fandisc celebrating a 20 year monster of a series?

The main course here is the big crossover of seeing all the major characters from the series coming back once more and interacting with each other, with light town simulation and combat sprinkled on top. The fandisc aspects are delightful and there is just enough gameplay and innovation to keep the braincells gently whirring. Simply a lovely dessert-type thing. 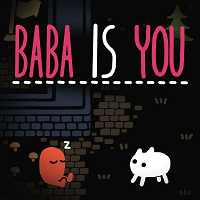 The one entry on this list I'm placing here with more my head than my heart, Baba is You is basically the world's most clever variant of Sokoban. Admirable puzzle design to mess around in.

Well written freeware visual novel by a solo writer and artist. Really hits my aesthetic weakpoints too, from the artstyle to the wintry setting and even the still maintained cozy website with the creator's own fanart (y'know) and blog. Manages to go places without feeling rushed despite its comparatively short runtime. 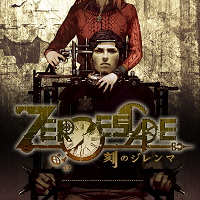 The Zero Escape Trilogy was an interesting entry to think about. 999 is quite dry but well-constructed mystery fiction, VLR is a wild page-turner of twists and turns and ZTD has the task of safely bringing that ride to earth but also elects to set it on fire.

The trilogy ends up being an unfocused grab bag of elements. While there are examples of other stories doing various things better, Zero Escape probably remains the king of twists that ride the line of really dumb and outstanding. Wonderfully trashy clever read that is capable of sneaking emotionally affecting moments on the player, but it's mostly about the interplay of foreshadowing, reveals and hindsight. 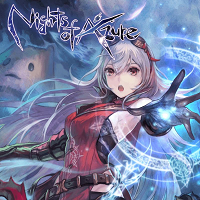 Bittersweet gothic love story is right in my wheelhouse. The actual gameplay is just okay enough to not get into the way. Does only one thing really (and rad aesthetic and music, the Gust standard) but doing one thing memorably well is all there needs to be to it. 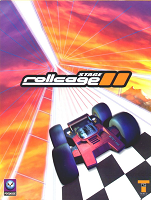 Future-style racer with giant-tyred cars that are able to flip from ceiling to floor and generally go at absurd speeds. Boasts a robust array of single- and multiplayer game modes from pure racing to experimental stuff like rubble football. The star of the show here is the Scramble mode, which is basically car kaizo platforming. Maneuvering one of these barely controllable monster machines through an obstacle course is highly satisfying in that masocore-adjacent way. 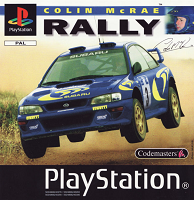 Rally, the most solitary genre of racing. There is a certain meditative quality to taking on unknown stretches of racetrack in various terrains with your only company being a very british lad reciting "1 right, 3 left, square left, gate" and then (hopefully) nailing those corners based on that information, getting feedback on how well you're doing only afterwards at checkpoints that report your time difference in comparison to your rival drivers. Let's Going Fast!

For perhaps long as RPG Maker has existed, people have spent a lot of time and energy wrangling the engine into outputting anything but RPGs.

Yukie is an example of that strength of creation on display - the storybook-like visuals, quality voiced narration and somber, methodically paced storytelling aid in making the experience uniquely like a folklore tale (based on yuki-onna yokai myth) in the form of a videogame. This small story nails the feeling of a lonely, resolute journey to the point of otherworldliness like nothing else - Yukiji's travels through the harsh wintry land are more likely to have him talk to wild animals, ghosts or shrine gates than another human being, further feeding into the mystical feeling that this is a folklore story being told rather than something that is happening being experienced in the moment. Wonderful little piece. 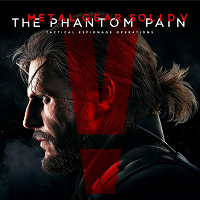 This is the general MGS entry really

and oh boy are my feelings complex. On the one hand: The V games have the best modern-style tactical stealth gameplay, and the large amount of varied infiltration situations is fantastic. The amount of tools, routes and alarm states at disposal makes for a lot of fun, especially the comedic ones like setting a smoke grenade on the bed of a jeep and driving into a base undetected. On the other hand, the series's grimdumb tendencies have overtaken the plot and sucked the joy out of the spy fiction which is a huge turnoff. Earlier games aren't as good to play but have a lot more charm and the things that made Metal Gear appealing in the first place, the strange mixture of tense spy movie setting and weird humor and good brainfeel details found in things like context-sensitive codec calls with your supporting team or Big Boss having a 3-D action game nightmare because he's really spooked of vampires or VR missions that consist of solving the world's worst murder mysteries but there have always been troubling elements in the settings of these games and then there's the large amount of meme value these games have provided and