VN following the lives of a few music students in the melancholic setting of Italian-style Piova, city where it always rains. It is a rather grounded work, without grand plots or gaudy characters. The stated goal is to pair up with another student to produce and perform a piece of music for your graduation, and a lot of game time will in fact be spent practicing and drilling the piece you choose through the counting down dreary days in a (highly difficult, though it is adjustable and even able to set to auto-pass) rhythm game mode.

The other face of the game is the interactions with the characters, and from the main character's struggles to stay in contact with his sweetheart back home to the various hidden sides behind their school life facades the other characters have, they all have a human element to them that is absolutely delightful. The music is the emotional core of the game, and there is also a free play mode to play all the songs in the game when you're done with the story - all of which are incredible pieces composed by the late Ritsuko Okazaki. It is easy to see how this became a classic in the VN space. 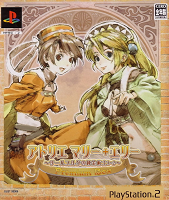 PS2 remasters of the PS1 games that began the whole Atelier series. The main characters are alchemy students in the city of Salburg, and as the original formula owes a lot to 90s life sim genre, the education method mostly consists of "you have 5 years, figure it out". As such, there is great freedom in what you can do. You may shut yourself in in your disaster room for months on end to make items and that is a totally valid thing to do. Taking days off to venture into town may net new friends, events and information, and you'll want to book adventuring expeditions to explore the wilderness of the region and gather ingredients.

These are games where the workings of many things are rather obscure and it is easy to miss large swathes of the possible scenarios on a playthrough and still get a perfectly satisfying ending (life sim roots!). Salburg is an incredibly charming place too and it is not hard at all to want to see and do more. Both the art style and the absolute outstanding soundtrack (some of it played by tavern performers on various days...!) contribute greatly to this. These are amazing standalone titles as a one-two punch and it's no wonder Atelier is still going strong as a series full of beauty and adventure with these core principles behind it!

Masterclass of worldbuilding. World controlled through giant tower computers with the programming language being an actual conlang used through song is insanely cool. The best integration of game and music out there too with ethereal background vocals in appropriate areas and excellent full on song performances with both the music and the lyrics enhancing the story being told at key moments.

Gameplay- and character wise it's not technically groundbreaking or consistently good, but again everything is well thought out and tied into the setting in a way that elevates otherwise mundane aspects. From the battles revolving around the songstress and vanguards supporting each other to the way the journey takes the player from the bottom of the control tower to the very top with the visuals and music perfectly suited for each change in altitude, it all ties together very nicely. The world is a joy to take in and there's a real sense of catharsis when the final ending is reached. Throw in some light item creation and fun characters, and there's a good game! 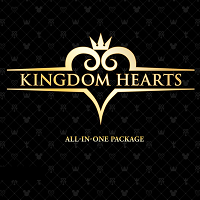 what do I even say about this mess

Kingdom Hearts is an EXPERIENCE

It is also a series of action RPGs. The quality oscillates from absolutely abysmal nadir of game design to genuinely fantastic. Perhaps the single emotion that defines Kingdom Hearts is one of disbelief. There is always more and it is always nonsense somehow, like making a Square x Disney game was just cursed to be this way

It is very captivating nonsense though

KH2 is the height and provides some of the most fun action bosses there are in games, the learning sequence going "wtf I am supposed to beat this?" -> "unless..." -> beautiful planning and execution. Tremendously satisfying. Even when the games are bad they are fun bad (IN A WAY) because of how absurd the way they are bad is. The plot that constantly one-ups itself after KH1 is a tremendously fun ride. There is an entire game devoted to explaining why Mickey Mouse is shirtless during a cutscene in Kingdom Hearts 1.

A Final Fantasy fandisc in the form of a crossover full free movement fighting game with gorgeous 3D models and a pile of top tier music arrangements would have seemed like a dream game scribbled in a journal somewhere before the PSP Dissidias came out. But they fulfill that dream in a very apt manner and even go beyond to provide a fairly ultimate experience.

Characters from early FF titles are given fully fleshed out personalities carried by entertaining voice acting to bring them on par with later casts. The movement and movesets are all unique and suit their respective characters perfectly. Even the plot, which is Final Fantasy about Final Fantasy, works with the tone of the game. The assist system in 012 is better left unused and the games could have less aerial mobility to force characters to fight on the ground, but those are fairly minor complaints in the face of all the good there is. 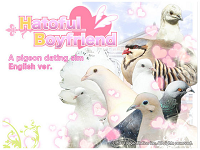 The "avian dating simulator" that would inspire a flock of hopeless imitators. The original is the real deal though. Lures the reader in with great absurd comedy on the front side and then reveals how masterfully it has managed to hook in your emotions and grown the previously innocuously placed seeds of mystery in the back half that is the BBL route. It manages to do all this with expert use of the written word, photos of birds and stock music.

But that's not even all! Hato Moa further flexes her writing chops in the Holiday Star fandisc, which yet again brings you in with the premise of more fun nonsense with all the birds you have grown to love. And there certainly is a lot of that and it is precious. But before long there is also a surreal and somewhat sad story taking place in a storybook kingdom and it's all very lovely and tremendous and this is SO GOOD y'all. Heartful VNs right here.

RPG with the premise of it actually being seven selectable different short RPGs with various themes based on time periods. It's always an RPG with a (good!) turn based tactics grid battle system under the hood, but there is a lot of fun to be had with the way the different scenarios are constructed. You've got a nonverbal caveman chapter, a ninja themed one that plays out as a sneaking (or not, if you wanna rambo it) mission, a traditional martial arts story with a master scouting out successors for his art, a wild west one that is about creating advantageous conditions for an incoming hopeless showdown, what is basically Street Fighter: The RPG, a mecha pastiche, and a sci-fi horror chapter.

For most of these there are a few different ways they can play out with some secrets, giving them some nice interactivity and replay value. After you're done with all seven you get a medieval chapter that ties all of these disparate stories together, and it's some real masterful stuff leading to a nice big conclusion. The game has absolutely tremendous score work by Yoko Shimomura too which just elevates it to the next level. Marvelous! 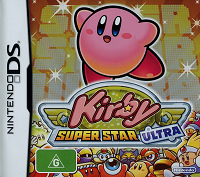 Best 2D platformer. Kirby is armed with the ability to fly and inhale enemies to copy their powers - and there are a lot of those and they all have satisfying mini-fighting game move lists. These skills are put to use in seven campaigns that offer a lot of variety, sort of like a platformer Live-a-Live. As you progress you go from the fun ten minute rout Spring Breeze, Dynablade with its secret rooms and speed challenge Gourmet Race to the more involved large world treasure hunting bonanza Great Cave Offensive, the cinematic fast-paced Revenge of Meta Knight and the grand odyssey Milky Way Wishes.

And after all that there is the Arena, which lets you pit any of your powers against a gauntlet of the game's twenty boss fights. It is awesome. There's a couple different versions of the game - SNES original allows you to play human co-op through all the campaigns and face off against each other in a few minigames, while the DS one adds a few short campaigns to the tail end of the game. Both are well worth experiencing. 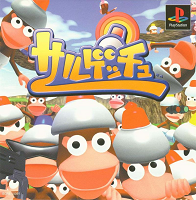 Famously a tech demo for dual analog controls but also a tremendously good game. It's a 3D platformer where the premise is that zoo monkeys gain super intelligence through helmets and time travel and that's just no good so you've got a great excuse to go 3D platforming in various eras. The goal of each stage is to capture a certain number of the monkeys milling about, and this is where things get interesting.

You've got an array of gadgets at your disposal to let you perform this task with movement on the left stick, gadget control on the right, gadget change on the face buttons and jumping/crawl/prone on the other buttons. Aside from the obvious net for catching and laser club for beating up things, you've got stuff like a radar, a slingshot, even an RC car to aid you in your plots to catch the monkeys. Which is good, because often they are quite slippery when faced head on and you'll want to employ some stealth and clever gadget use to have much less trouble. The monkeys have a lot of invidual personality which makes for a memorable experience, and the soundtrack is some of the finest dynamic DnB that was emblematic of the PS1 era. Great concept and execution makes for an experience that holds up well, and there are sequels if you are left wanting for more.

Pre-merger Squaresoft was absolutely on fire and this is another one of their relatively forgotten games. Every 4000 years a new species is created and the previous creation faces a cataclysmic event, the game begins when humans receive their two week notice and that's probably not great for our heroes so there's the scenario. This plays out with three concurrent interweaving protagonist viewpoints that you'll eventually do all of and then transition into the final climactic storyline. In the search for power and answers in addition to the protagonists affecting each others' plotlines a lot of different factions will be making their moves and unexpected scenarios arise and this all is delivered with wild and frantic pacing rarely seen in RPGs. It's a constant procession of new strange events and bossfights with the next one right in your face at the next corner and it is delightful. If there is a flaw, it's that character writing doesn't really have time to get fleshed out, but it's fine for that to not be the focus here.

The battle system also throws in an interesting wrinkle as all special abilities are in the forms of mantras, quite literally power words where you write in whatever you please and the attributes of those words form your skillset. You can blindly try to create spells or observe the rules of the mantra system in the game world and used by enemies. With a fast-paced scenario bordering on the absurd and a fun system to play with, Rudra is a great experience.