The best Pokemon is naturally an incredibly high level Touhou fangame. Just spot on stuff with the scenario design, visuals and music on top of better game mechanics and almost 200 collectable Touhou characters that can evolve into three different forms each. There is a lot of love given to both series here, even all the PC-98 Touhou characters made it in. There is room for improvement but the Pokemon formula is an enjoyable one when executed this well. 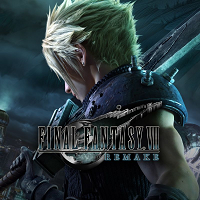 That this game is on the list is a triumph. A remake of FF7 could very easily have been a mere graphical facelift meant to replace the original game that slavishly follows all the same beats while padding it to oblivion with ~content~. That would have been thoroughly unexciting! But thankfully it is not the game we got.

VIIR has the unenviable task of juggling the masks of "FF7", "FF7 fandisc", "brand new game", and "what FF7 was in spirit, 23 years later". There are missteps such as handling of the AVALANCHE-Shinra conflict, but by and large it skillfully handles the roles it has. Taking them in order: It retells the character and plot beats it needs and wants to quite well such that I have no doubt a player new to the world would enjoy it. As a fandisc fulfilling the desire for those nostalgia hits, it is tremendous, giving gorgeous new perspective to Midgar and celebrating/elevating nearly all of the memorable and weird bits of the original setting, such as the gym and the incredible monster designs, as well as being host to a lot of brand new on point character interactions. As a new game it brings in its ATB action multi-character switching battle system, which is both gorgeous and satisfying to master from both the action and the tactical perspective.

Easily the most exciting is the bold decision of the devs to capture the spirit rather than the word of FFVII though. It diverges in ways that elevate the player's feelings from the nostalgia-driven "yes, this thing I loved!" to capturing feelings similar by to the sense of tingling wonder of playing FF7 for the first time by introducing new, exciting and unpredictable contexts.

Welcome to the unknown journey.

Ah, the extremely demonic SRPG series. The original was localized in 2004 and it was a system shock as nothing of the kind was on the market. The type of irreverent meta-humor that we are swimming in these days was fresh, as was the Netherworld setting and hundreds of techniques, weapons and characters all with their own detailed spritework. The later installments would go on to kind of lose the plot on what made the original plot scenario funny and sometimes surprisingly affecting, but the gameplay features have been polished up ever further, resulting in a big old tactics/puzzle sandbox to tinker in. Good stuff, even though it would be nice for a game in the series to nail both sides of the equation.

Best territory conquest strategy game. Building up your towns and armies to explore generated fantasy maps is satisfying with the density of events and treasures on the map. All nine factions have a very distinct look and feel to them as well. Has the typical Civ-adjacent genre problem where clashes between players are wildly imbalanced most of the time and actually playing a game to completion is a drag, but as a random fantasy world sandbox it's really nice.

56. Atelier Firis: The Alchemist and the Mysterious Journey 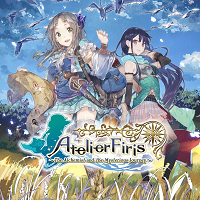 Highly experimental entry in the Atelier series and the middle part of the Mysterious trilogy. The focus of this title is the move from a central hub and separate locations selected from a world map to a large interconnected world.

The game is divided in two halves - the main plot features Firis's journey to prove herself in order to pursue her dreams of leaving her home in the enclosed mining town of Ertona and becoming an alchemist - if she manages to get to the capital city Reisenberg and pass the exam in one year, she will be allowed to do so. She leaves home with only the help of her sister Liane and a vague map, and Firis's feelings of uncertainty and doubt are well reflected in the gameplay as you have very little idea how to best tackle the daunting main task in the time given and every obstacle that appears in the way only adds to the unease. I really loved this as it's a very bold and unique thing to do. The second half of the story, then, is your reward for making it through, and it is enormously satisfying. Given complete freedom with no limit hanging over your head, you are able to explore the gorgeous world to your heart's content and take part in all kinds of encounters.

There are some downsides to the exploratory approach of the game's design - the team clearly had trouble writing interactions between characters without a central hub for them to take place in, so your party feels disconnected. The alchemy system changes from Sophie were also a failure, resulting in some of the least satisfying alchemizing in the series. But overall Atelier Firis is a tremendously bold game that gets its vision across enough to have a strong place in my heart.

The midpoint between the Atelier Iris conventional RPG subseries and the ideas that would spawn Mana Khemia. You're doing a bounty hunting thing in this one exploring Alterworlds - gates in the mist that take you from your hub town to a variety of fantasy locales. Do enough jobs and you'll get the next plot chapter. It's a solid formula and the character interactions are nice though nothing mindblowing. The alterworlds are well worth exploring while you're gathering up your quota as the elemental mana spirits you find becomes new job classes for two of your three party members (Iris gets summon spells) which can change how combat plays out quite decently. A solidly enjoyable play through and through.

Mahjong has always been the most appealing of classic games to me due to being a game with both randomization and hidden information, giving it both a human element and my great love in tactical games, probability management/adaptation and recalculation based on game state. Mahjong is of course available in a number of places, but Majsoul has a few advantages, offering a very slick coat of paint, accessibility features, simple matchmaking with an easily grokkable rank system and even some local yaku to mess around with in casual games. The servers are funded by gacha elements, but none of them impact gameplay so that's fine. I wouldn't have been reintroduced to mahjong and honed various mental skills without how attractive this interface makes it, so it makes it on the list. 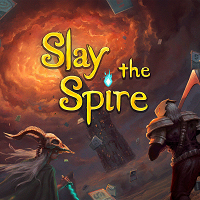 The game that wrote the rulebook on deckbuilder roguelikes. Simply making enemy actions public information is the breakthrough the genre needed to evolve past glorified solitaire to something where you could have a more tactical bent to balancing offense and defense. Other design elements such as artifacts that provide signposts and incentives for skewing your build in different directions are now commonplace. With the adjustable stacking difficulty level and different character classes including high quality mods there are a lot of interesting gameplay decisions to crunch on here.

RPG adventure deal. The big thing is that you can peacefully coexist with most things you encounter and the battle system is geared around a mix of light text adventure puzzles and micro-sized bullet dodging. Indeed, a lot of the game's focus is in the inhabitants of the world you encounter and all their interesting personalities, as well as the large amount of player interactivity with the story and populated locales there is. Finding some additional funny dialogue or a clever interaction is quite rewarding. The world and its tunes are quite well done, making it a memorable experience. 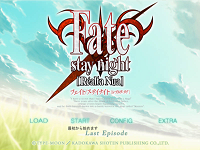 Fate/Stay Night and its fandisc/sequel Fate/Hollow Ataraxia feel intensely difficult to write about perhaps because they are highly uneven experiences. The rule setup of the survival game with heroes from humanity's history at each player's side is certainly a good one, as are all the ways those rules get broken to heighten tension or provide a clever solution. FSN's three route structure gives everyone in the cast time to be in the spotlight and makes the last route incredibly exciting but especially the first route feels terribly slow and doesn't stand up to any kind of scrutiny in retrospect. There's lots of great scenes but also immense stretches of boring nothingness. Some of the funniest bits in the VN format (in FHA especially) as well as some tired misfires. FHA's daily fantasy life skits are wonderful but the wrapper story around it to explain it is kind of daft (but also has its good moments. see? agh).

It is easy to forget now that Fate is a world-swallowing franchise but it was Type-Moon's prowess in these VNs that made it so in the first place. The good vastly outcolors the bad and the writing, characters, art and music combine for a very easy page-turner that is quite the entertaining read (...mostly)