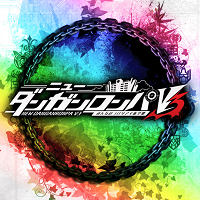 Who wants to talk about ~murders~? This series is fun page-turner death game type of mystery fare that ramps up to endgame big brain twists in a very satisfying manner. Kind of unfortunately shlocky at times but the casts of characters have a natural enough dynamic that it makes caring about their survival or lack thereof quite easy. V3 in particular is highlighted for a couple of reasons as it has the best cast and puts an excellent bow on the series - another point in favor of the later entries is the bonus modes, which are actually more interesting than the main plot in a lot of ways. With all the murders and bears out of the way the writing can focus on purely the character interactions that make it such fun. The best of these is the crazy ambitious life sim boardgame/full fledged RPG dungeon hybrid mode in the postgame of V3 which alone would be enough to make this list!

Nice metroidvania RPG. Very much has an interesting to adventure in and explore world going on with the world map and locales just filled to bursting with side gigs and secrets. The splendor is all over, it has like three battle systems for some crazy reason and the main one even has interesting tactics applied to its bossfights! General obtuseness of some of the side stuff kind of requires a guide but aside from that it doesn't get bogged down in being a chore to play like these maximalist RPGs tend to, instead flying free like the wings that

68. The World Ends with You 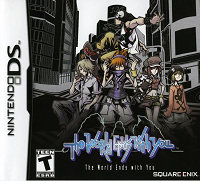 Shibuya street fashion proto-death game RPG. The most obvious feature here is the abundant authentic Shibuya style that goes beyond the graphics and the music and is fully integrated in the gameplay. There are trend charts that improve the stats gained from outfits of various in-game fashion brands which you must gain enough COURAGE to wear and all. It's wonderful. Characters and plot are pretty well engaging and it all makes sense and is intelligently plotted out and there's a bunch of stuff to do. Fittingly enough this game is kind of a time capsule for its release era as the dual-screen buddy system action combat resists any attempts to port it properly. The late 00s were rad if this game has anything to say about it~ 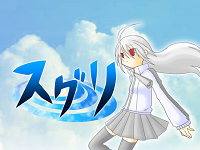 Series entry for Orange Juice's series of horizontal and arena shmups. For mechanics you have a lifebar and a dash that has full iframes against energy weapons and increases your heat (damage taken) multiplier for some time, which turns out to be a great design that makes boss combat real fun and frantic. Stages aren't the most exciting as the case tends to be but there is more environment and obstacle variety than usual in this type of game. Variable weapon loadout is very satisfying and covers everything from scrubtools to galaxybrain options. The tunes and lore are on point too! Just top shelf stuff all around. 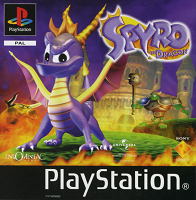 Platformer trilogy for PS1. Tremendous open (but not too big) vistas with true 3D movement and a focus on exploration, speed, glide and flight rather than precision platforming. Later games also add a bunch of variety show stuff with different characters and minigames with varying, though rarely boring results. Nothing complicated here, just enjoyable gameplay.

65. Atelier Sophie: The Alchemist of the Mysterious Book 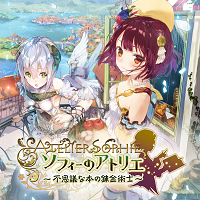 A soft reboot for the formidable Atelier series and the start of the Mysterious Trilogy. Shaking off the complexities of Dusk (and some of the QoL, annoyingly enough), Sophie is an easy entry point where it's simply about a small town alchemist living a slow life with good friends and simple mechanics (okay, I have referred to the alchemy system as hell tetris, but...). Her primary goal is to make a book her wife. Y'know. It is a charming and fresh game, even though it doesn't try for the highest highs of other Atelier titles.

64. Hermina and Culus: Another Story of Atelier Lilie

Completely unique hybrid visual novel that takes place during Atelier Lilie and focuses on the child apprentice Hermina secretly creating a homunculus in the shape of a fairy. As the homunculus your task is to wander around during the day and learn by going places and meeting people. At night you have some amount of time blocks to talk about Hermina asking about the meaning of words you've heard and combine them to understand concepts, and these are then added to your vocabulary. That's the basic loop of the game that goes on for a few hours and the things you see and do will then influence which one of the game's intense endings you get. Being an Atelier game, the character interactions, art style and music are naturally on point too. Wonderful experience. 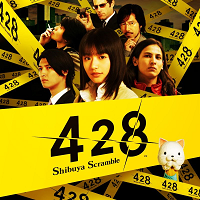 The culmination of Chunsoft's sound novel technology. What sets this apart from a visual novel is the game is presented via real life photographs featuring real life actors - and oh boy are there a lot of them and in incredible quality. Thousands upon thousands of photos were taken and the game uses these and even elements like text speed, font size and tooltips to its absolute maximum in both dramatic and comedic effect. This may well be the highest production values game novel to exist.

So what do those production values deliver to the table? A multi-perspective, genre hopping thriller that doesn't forget its comedic side. The paths of the protagonists cross in intriguing ways throughout the mystery of what exactly is happening with the big criminal conspiracy - the same scene may look entirely different in intrepid reporter Minorikawa's head than it does through researcher Kenji Osawa's survival horror-tinted vision of the world. All of the perspectives are a joy to look at and read, given the brilliant photography and genuinely funny writing. The game goes absolutely off the rails (in a good way) towards the end and even after the big conclusion, bending and melding genres in increasingly entertaining ways. Outstanding read.

Rail shooter that is absolutely out of control. There's like an hour of game here plus a couple difficulty settings but it is the most stylish action gameplay out there. You start off doing gunblade things trekking through constantly changing terrain in the form of fields, cities and at least one sea of blood fighting various monsters, psychic humans with equally psychic pets, naval fleets and then it just goes further mad from there. The plot is absolutely incomprehensible but that only enhances the experience. 11 out of 10.

Puzzle RPG by the doujin dev Inu to Neko following the life of the kingdom's expedition miner Monica. This mostly consists of proceeding deeper in the mines in a match puzzle interface, gathering items and fighting off monsters while spelunking further. Every so often you'll return home where you're able to synthesize and equip loadouts with the items you've brought back and meet people around town in outrageously charming story vignettes. It is an impressively warmhearted game in general and the groove of spending several months at a time at mining work and then coming back to daylight to rest up and tinker with stuff is really nice. Artwork and soundtrack also carry the feeling impeccably.

The game is only one part of Inu to Neko's consistent world that consists of well over a dozen games now from adventuring deals to shoprunning sims. The other games are unfortunately either untranslated or poorly translated but there exists an impressive universe of fun works with a variety of main characters who appear in each other's games. Doujinsoft best soft~!