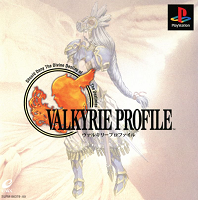 Best RPG about depressed Nordic people. It is completely incomprehensible without a guide and the battles aren't very interesting but there's a captivating visual style complete with great OP, nice atmosphere, tunes, meme voices, mechanics leading to branching endings, all that good stuff.

Neat mystery dungeon deal by that one NIS team that makes gorgeous melancholic 2D games. And it sure is one! Visuals and music are on point as expected of the studio. This time they also figured out how to make a good game around those. The postapoc setting is more quiet and contemplative rather than bleak and miserable, which is an infinitely more interesting take, and it ties very well with the scavenging gameplay of the mystery dungeon. There are neat unique aspects to the usual mystery dungeon formula too with taking care of Toriko (the human you find) and the way you get randomized skill offers (that can be skewed) on levelups. Perfect length too, just as I figured out how to bust it open it hit the end.

Premier cardrogue of the solitaire type where you don't necessarily know what enemies are doing with their turns so the focus in on creating decks that combo out to do their thing and don't need to worry about that. It's quite great at that! Equipment cards/slots and balancing the resources are fun and engaging even if invidual picks very much range the gamut from busted to utterly terrible. There are many ways to make highly satisfying builds, especially with classes like the Apothecary, and two campaigns with a bunch of ascension levels to play around with. Just don't lose your blood volume... 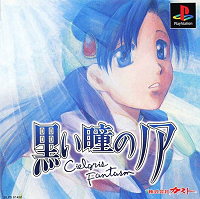 A peek into an alternate universe where Gust's big RPG series features monster catching and raising instead. Cielgris Phantasm starts with some kids accidentally messing with forces beyond their control at a cave and it falls upon Noir to set on a journey to unpetrify her childhood friend and do something about the Satan infestation in the depths. You know how it is. This kicks off an adventure much like Atelier Ayesha, where you travel across the world to figure out how to accomplish the central goal and have some amount of years to do so.

And quite the adventure it is. Noir will capture monsters and use them as party members to fight alongside her in the battles. It's a decently in-depth system with reincarnation, training, and selling options as well. The game has a great sense of world as well, with your travels taking you to different locales that all have their own ways for you to get ahead ranging from taverns that offer long-distance jobs for adventurers, magic academies, rare merchants, bloodsports and even regional minigames like fishing. This is further enhanced in typical Gust fashion by an excellent soundtrack. Despite all this it is a lightweight game that is a blast to play. Fascinating fantasy life piece.

Top mech sim series. There's a large amount of parts customization available, starting from leg types of bipedal/reverse joint/quadriped/tank/hover/variants thereof and every part category similarly has lots of things to offer, entirely transforming the play experience. There's a plot about megacorps bidding for mech mercenaries to war against each other which serves as a framework for campaign branching and a variety of mission types. Arena battles are a highlight, offering the ability to 1v1 named mercenaries. They can be fought on a variety of stages from small and open to large with varied terrain and are exciting as you'll have to use your full movement abilities to outmaneuver your opponents in a world with no hitscan weaponry. Great joy to play. 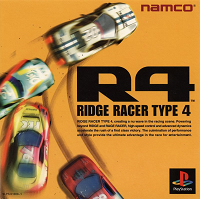 It's Ridge Racer!! And fully infused with a striking sense of design and place that is unmistakably of the turn of the millenium. This is one intensely stylish game, everything from the menus to the tunes forsaking the series' usual blaring techno and searing colors for a more confident and vibing experience. This also applies to the racing itself: arcade-style checkpoint racing is gone, in its place the main mode Real Racing Roots '99. This is a genuine visual novel style story mode where you choose a racing team's offer to join and each team's director has their own complicated feelings about racing. The driving also handles well and is dependant on which maker's drift- or grip style cars you choose to be your vehicle through the game's eight tracks. A thoroughly pleasant, compact experience. Riiiiiidge Racer! 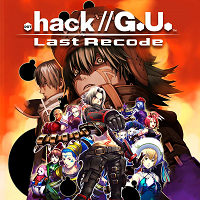 .hack is a broad strokes series. What is happening at the median moment is not all that exciting, but when it hits it really hits and the overall package is undeniably cool. The games follow suit in this, basic gameplay is adequate (though it does become more engaging in as the quadrilogy goes on) but why this is here is about the neat stuff related to the in-universe MMO, in-universe forums/newssites and the rad virtual occult stuff going on in the plot accompanied by sick tunes.

PS2 action RPG in a similar space as .hack but for different reasons. The idea is that the world has been time wiped and your mission is to trawl dungeons to look for town parts which you use to build towns which changes the future of the area into a better version. There's also a ton of side activities like making inventions from photographs you take, fish racing and of course time rift golfing. It's all quite satisfying. A grand time indeed. 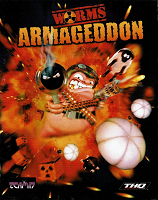 Multiplayer deal where each team has several worm units on a 2d destructible terrain map and takes turns shooting at other teams with the aim of either depleting their HP or dropping them into water for the instant KO. Turn time is limited, movement is janky and shooting controls are tricky, so there are inevitably a lot of screwups - which is where the game shines. Player error is frequent, theoretically completely preventable and invariably leads to funny consequences with the game's wonderful physics engine. With a wide variety of weapons and tools to either look like a trickshot braingenius or die trying and an interesting random map generator, this is somewhat of an ultimate casual multiplayer game. 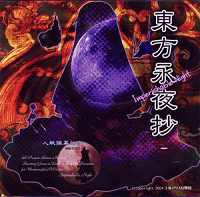 The maingames are more frustrating gameplaywise than the photogames because of rote stages and collection/bomb mechanics but there is a lot of good here. The good is in turning bosses into big drawn out harrowing battles with lots of cool attacks, progression in the game being punctuated by usually thematically appropriate changing scenery and of course the origin of hundreds of quirky characters, all of the above featuring attached mythology nerdery. The strongest tunes are in these entries too. My interest wildly varies depending on the game's exact theme/cast/mechanics and Imperishable Night is the runaway winner here because of the impossibly cool night/moon theming. It also has a cool spell practice mode that massively multiplies the amount of music room-style comments in the game so why wouldn't it be the best?