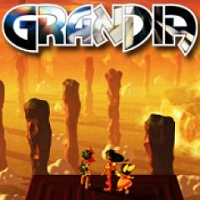 RPG that excels in setting a sense of scale to the world and the journey through it. Setpieces like the End of the World and waking up in a thick jungle in the middle of nowhere are real good stuff. Grandia also fully focuses in immersing the player in a grand adventure without any mental overhead like hidden valuables, collectathons, setups, sidequests or system grinds (elemental xp i guess but is effortless enough to manage) and that's just real nice sometimes, y'know? Very simple and clean.

Charming puppet wars SRPG that takes place through a multi-biome wish granting tower. Really dig the cute tactical puppet warfare juxtaposed with the somewhat wistful tone of the game. Does some interesting mechanical stuff in the SRPG space with the way reaction skills use the same AP pool as your actions, which in turn is restored by time rather than by turn. There are grindy aspects, AI resembles a sack of potatoes and class balance is a cruel lie, but charm goes a very long way.

Touhou photogames are cool. There's less of most things and it relies on preexisting framework, which makes it sort of a fandisk. What framework is there is neat though, with the rainy title screens and article notes. The main feature here is a stronger concentration of gameplay than in the mainline games, with abolition of rote repetition of stages in favor of bite-sized puzzle boss fights that can be tackled at your leisure. Pure spellcards to kill a person and a clean set of tools to avoid dying, that's danmaku.

Life sim, in the royal intrigue survival VN subgenre. It's neat! There's seemingly a lot of branching based on your stats and choices, so pursuing specific goals is rather opaque in the way these games tend to be. You do get notices on passed/failed checks though, so it's not completely inscrutable. There's way more to do than it is possible to devote time for and you'll probably have your hands full simply not dying on the first go through, but the potential of alternate routes is enticing. Characters and writing have just enough meat to them to invest in reading further, which is vital to a game like this. Also alchemist theming/gameplay is always rad. Reminiscent of a good fantasy gamebook more than anything. 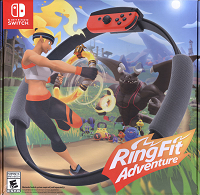 A framework to exercise. A good one in that respect, with the ring deal and exercise forms/tips/sets counting/feedback it gives. Integrates the gameplay and themes well enough. Kind of comparing apples to protein shakes with the rest of the list as the game isn't amazingly creatively interesting, it's all about providing an engaging framework to getting you moving. Still, top of the line as a game at that.

Traditional fighting games have one of the most demanding intended use cases across any genre. Necessary parts include building both muscle memory and systems/matchup knowledge, at least one motivated live opponent who is fairly close to your power level, and preferably this should take place live because of the genre's suspectibility to netcode woes. And all this while each game competes with hundreds of others in its genre for playerbase. Because of the intense demands, Melty is practically the only fighting game I have been able to try properly for at least some amount of time. When you somehow get it all together the experience is...pretty good!

Aside from the versus gameplay, the other things FGs typically have on offer are style and lore. Melty is a winner here: it looks really cool, has a lot of characters with great spritework and movesets, a great soundscape and fleshes out the corners of Tsukihime's reality. There are probably other fighting games that could get here given the chance, but Melty is the most complete package I have had the luck to experience. 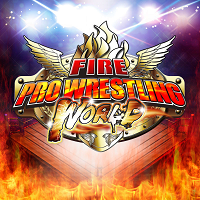 Wrestling simulator supreme. That's it. That's basically the entry. Best AI logic options of any game in any genre out there, so I've set up my own VGCW plenty of times. 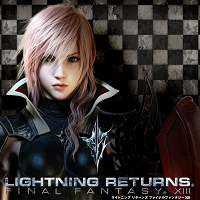 Oh, this immensely troubled trilogy. The first game is a highly medium popcorn game due to a constant barrage of decision that actively undermine its strengths, but the second and third game elevate this to a worthy inclusion. It's strange, because nothing here particularly excels at any given thing the way most things I like do - there's nothing to point at and say that, that's the absolutely superlatively great thing. XIII-2 has a bunch of neat stuff it does with its time travel, a tremendous soundtrack, and a bunch of neat sidequest/minigame/monster collection deals. Lightning Returns has an interesting semi-open multiworld quest structure, powerful dressup plus a very good version of ATB that properly incorporates both buildcraft and action skill. Also it's a genuinely very funny game with writing that is a blast to witness. Little pieces here and there. It all wraps up quite nicely somehow? A rollercoaster ride worth experiencing. 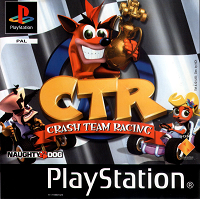 Top kart racer. Excellent drift-based racing physics with meaty single- and multiplayer game modes. I had world records in this in 1999 lol 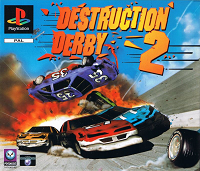 Top dangerous racing game. The modes where you get points for dealing damage are whatever, but this excels as a stock car racing game with damage modeling and consequences. Competing for placement at a nighttime city track where half the field has already broken down and you have to evade car husks in low visibility is a fantastic experience. The division system where all four divisions compete in the same race but the higher divisions and stronger performers start at the back of the grid also recontextualizes the tracks nicely. Fun to come back to and knock out a championship every now and then.